I wonder if you remember the 2012 Drammies where this happened for Single Cask Nation: 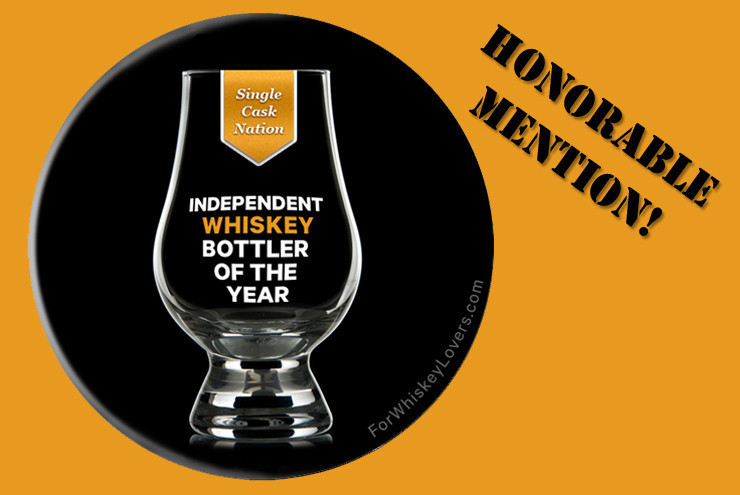 I totally remember and am so thankful for all of your votes last year!

To think that we (the Jewish Whisky Company and Single Cask Nation) got an Honorable Mention in the Drammies before we had whisky!

Well, I’m hoping that now that we have whisky we might get top nod.  We shall see but you can help!

It’s up to you.  You can vote for Single Cask Nation in category # 9 “Most Exciting \ Innovative Whisk(e)y Producer \ Bottler” and help make it happen!

And, if you want to vote for Jewmalt Whisky Reviews in category # 5 “Best Whisk(e)y Information Source ,” I won’t complain!

Below is the press release which gives you all the information you’ll need to vote in the 2013 Drammies.

Thank you for your support!

It’s with great excitement that ForWhiskeyLovers announces the Call For Nominations for the 2013 Drammie Awards.

The mission of the Drammie Awards is to put the power of “recognition” in the hands of the whiskey consumer.

The 2013 competition commences with a nominating process where WhiskeyLovers can submit their own nomination(s) for any number of 15 total award categories.  The fifteen nominating categories are:

Nominations will be accepted for three weeks, or until midnight on Friday, February 15th 2013.

Enter your nominations for the 2013 Drammies here.

After nominations are closed, ForWhiskeyLovers will post the top five (5) nominations (those receiving the  most nominating votes) for each category on ForWhiskeyLovers.com, and voting will commence to select the category winners.  Voting on finalists will be conducted for another four weeks, from Monday February 17th until midnight on Friday March 15th 2013.