A very short and sweet review for you today.  This is one of the more odd single casks of whisky I’ve had.  Even more odd than the Old Malt Cask Speyside I had the other day.

A big thanks to the folks at Wemyss for the sample.

I LOVED the Weymss Inchgower known as “The Dunes.”  Let’s see what this one brings us…

On the nose — Obvious sherry notes, cola syrup, burnt cherry jam, spiced autumn fruits and heated leather pants (like an 80’s glam rocker’s lower half during the encore at the show).

Ivy school closets and a good deal of wood spice.

On the mouth — A big, huge pungent blast of cola and turning/browning greens.  A solid mouthfeel.

A mass of strawberries and a bit of sulfur/spent match stick. 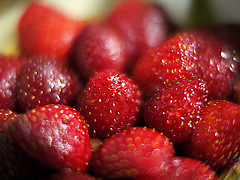 Lots of what I got on the nose but the pungency and strawberries seem to overtake the show.

Finish — Drying toward the end and a lot (again) of what I got on the nose.

In sum —  An odd, odd duck and a bit over the top with the pungent aspect.  This cask seems to follow suite with The Dunes Inchgower cask I had before in the sense that it’s odd, fun and seems to stand out; but I feel that this cask of whisky might have been better served by being married up with some whisky from an Ex-Bourbon cask to help smooth it all out.

In other Wemyss news (truly fantastic news, if you ask me): The Wemyss folks will soon break ground on a new distillery in Fife Scotland.  Here’s the official press release: 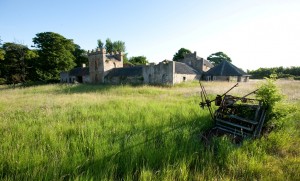 The Wemyss family is delighted to announce that it will shortly begin building a
new single malt whisky distillery and visitor centre by Kingsbarns, Fife, Scotland.

Approximately 6 miles from St. Andrews, The Kingsbarns Distillery will be built within
sight of the world-famous Kingsbarns championship golf course on land which
will be leased from Sir Peter Erskine of the Cambo Estate. The site of the distillery
will be the historic and charming East Newhall Farm steading.

The Wemyss family is being supported in this exciting new development with a
grant from the Scottish Government. It is expected that development of the
existing listed building will begin in early 2013, with a view to beginning distilling
and welcoming visitors a year later.

It is well known that Wemyss family has links with the whisky industry going back
to the turn of the 19th century when John Haig (founder of Haig’s) built his first
distillery on Wemyss land, and since 2005, with the independent bottler Wemyss
Malts. However, it is also the case that the Wemyss family has a historical link
with the site of the new Kingsbarns Distillery as the 7th Earl of Wemyss actually
owned part of the Cambo Estate between 1759 and 1783.

William Wemyss, commented on behalf of the family: “This rare opportunity to
distil our own single malt whisky and develop a new Scotch whisky brand to
support our existing business as an independent bottler will secure the family
interest in Scotch for the next generation. We are delighted to be working with
the Scottish Government, Sir Peter Erskine and Kingsbarns Distillery founder, Doug
Clement, to bring a new distillery and visitor centre to the East Fife area.”