The first “WOW” moment in memory for me was when I was 6 years old.  My uncle had gotten me Black Sabbath’s Paranoid album.  I had never heard anything like it.  Yes, I was only 6 years old but I had already become a fan of music – mostly show tunes that grandparents would play or the folk records my dad would play (Leonard Cohen, Bob Dylan, Joni Mitchell, etc…).  Black Sabbath blew my mind.

Another big “WOW” moment for me was also music related.  About 20 years ago I discovered The Kinks album entitled “The Village Green Preservation Society”.  I remember that moment quite well.  Here I was, with my band mates, coming back from a show on Virginia Beach.  I was the driver, it was 1:00am and I was falling asleep at the wheel.  The singer of the band at the time threw “The Village Green Preservation Society” in the tape player and this was the first song I heard (and man, did it wake me up!):

One of my whisky “WOW” moments was when I had the Springbank 15yr (review soon to follow) for the first time.  Springbank is quite unlike any whisky out on the market today – such balance & character and really, quite peculiar.  I fell in love.   In a long line of what I’m sure will be Springbank “WOW” moments is this expression, the Claret Finish:

The nose then gets strange in a very good way.

The scents split up evenly between the classic Springbank grassy, vegetal (actually, more like a weed filled field on a humid summer day), flinty, salty notes then that of a nice, you guessed, Claret wine (though not overwhelming in anyway).

Let’s break the Claret notes out a bit:  Tannins are apparent (very dry).

Some notes of a horse stable the day after a rain storm.

On the mouth – Spice & citrus.

Big and creamy upfront then very drying after the swallow (and into the finish). 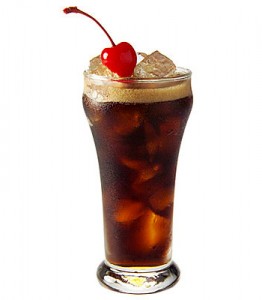 In sum – This is a powerful dram.  I’m amazed as to how well the Springbank whisky goes with the Claret finish (and for three years in a Claret cask, the wine finish did not overpower, instead it added/augmented to the greatness that is Springbank).  When should you enjoy this?  I’d say right now being that there were only 9,360 bottles made available; I’d start enjoying this ASAP.