I started this series just two weeks ago and I can say with pure delight that it has, so far, given me my two most trafficked posts (Part one: Bruichladdich as The Sex Pistols, Part two: Ardbeg as Slayer) since I started this blog.  Thanks for tuning and chiming in, y’all!   I really appreciate it.

My two previous posts in this series started off with the whisky review first then the Rock band comparison just after.  I’ll run this one the same way.  Why buck the trend, right?

Hmmm, I’m afraid I might have summed this one up in only 3 words and described it as something you probably don’t want to drink… Let me come back to this one…

One week later and minus my bad mood (seriously)…

While the rusty pipe water is still here, I’m getting some nice oak notes I wasn’t getting before.

Lots of vanilla in here too.  Big unripened peach and pear.

On the mouth — Highly medicinal, Listerine (original “flavor) and a boat load of smoke.

Vanilla is huge here too – not to be ignored.

Lots of burnt pie crust and notes of melon along the sides of the tongue (thankfully).

Finish — Lasting and oozing with smoke.

In sum —  Not the most complex whisky and, truth be told, I just don’t really like it so much.  The melon notes aside, it’s got too much of a one track mind: Smoke and vanilla – vanilla and smoke.

While I wouldn’t kick this whisky out of bed for getting cracker crumbs in the sheets, I wouldn’t reach for it either… 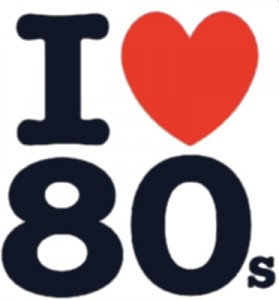 Let’s think about it for a second…

Caol Ila is the largest distillery on Islay and it produces over 5 million liters of spirit per year.  Functioning 7 days a week, 95% of the whisky that comes out of Caol Ila is used for Diageo blends.  (Can you say Johnnie Walker?)

Only 5% of Caol Ila whiskies are saved for single malt expressions: 12yo, 18yo and an occasional unpeated, cask strength whisky.

There is also a yearly distillers edition plus a bit of an oddity, a whisky called “Moch” that seems fairly hard to come by.

The 80’s Juggernaut that we know and love churned out hair band after hair band: Trixter, Slaughter, Cinderella, Poison, Great White, Winger, etc…  All of these bands were so very similar, they all added to the “Hair Band Blend.”

What about the various bands that made up the “New Wave Blend” – Flock of Seagulls, The Style Council, Wang Chung, Men Without Hats, Men at Work, etc…

Furthermore, like Caol Ila with their single malts, the 80’s did an amazing job of churning our some fine, fine bands:  The Cure, The Smiths, The The, Violent Femmes, Minor Threat, Fugazi, Rites of Spring, The Pretenders, Polysics, XTC, Joy Division, that one song from Ah-ha, Talking Heads, Suzanne Vega, The Psychedelic Furs, Metallica, Iron Maiden, Ozzy Osbourne, U2, Guns and Roses (damn, I hate to admit that I like these guys now), Blondie, etc…

So while I like the 80’s as a decade (and Johnnie Walker as a set of high quality blends), I love the 80’s for it’s true shining stars.