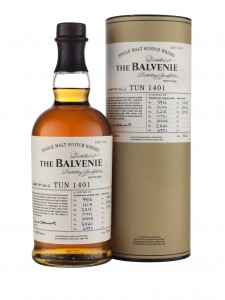 Last year (or so; maybe a bit earlier) I heard about a new distillery only bottling from The Balvenie: Tun 1401.

Tun 1401 was an experiment by Master Blender David Stewart to mix multiple casks or in a large, 2000 liter tun (or, mega-cask), marry the whiskies over the period of a few months in the Tun and see what happens.  David Stewart being who he is knew exactly what would happen (being 50 years in the business (all of those years with The Balvenie & Glenfiddich) there’s no doubt he knew what he was doing).

My guess is mixing these casks allowed him to use older stocks that might have been too woody to bottle by themselves; tempering with younger whiskies and getting a good mix of sherry & bourbon matured whiskies for a nice, balanced yet complex, cask strength whisky.

Well, the “experiment” worked and all of the Tun 1401 bottles sold out right quick!  Now what do to? Capitalize on the sucess of the whisky and make it more widely available, that’s what!

David got to work quickly on batches #2 & #3.  The second batch is for the UK/EU market while batch #3 is for the US.

I asked what whiskies were in the batch (batch #3) and here’s what was returned:

So, how did they do it?  How is it really married?  See the video below.

How is the stuff?  Well… 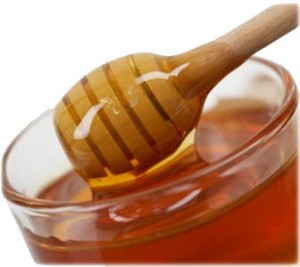 On the nose –  Hey now!  Those classic honied notes you get from The Balvenie are very pronounced in this whisky.

On top of it, you can smell the age in this whisky – dank oaky notes, fresh rain on a woodsy walk in the springtime and crushed sassafras leaves.

Wonderful autumnal notes in here too – warm cinnamon apple sauce, fresh cardamom, and the smell from a warm Maine cottage (like the one from On Golden Pond, just drying the summer humid air out of the wood).

I’m also getting some blueberry sauce and wood framed model airplanes (model glue and all).  Ah, memories of building model airplanes with my dad in north western Connecticut in the late 70’s.  Love it.

On the mouth – Thick, vicious, oily mouth feel with a warming sensation that starts from the tip of the tongue down to the belly.

This is what to drink in cold weather for sure!!

Flavorwise, I’m getting much of the same on the palate as I got on the nose.  There’s no evolution here from smell to taste but in this case, I’m happy about that. 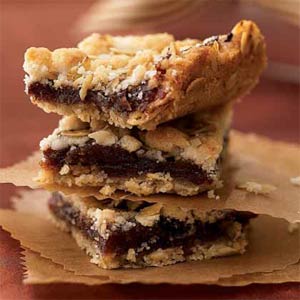 Finish – Long drying finish that’s got both a nice oaky quality to it but now there’s a strong introduction of date bars.

In sum – A big thanks goes to The Balvenie for giving the US the entire batch of this stuff.  I love The Balvenie (that’s no secret) but The Balvenie at cask strength and of this quality is something to be very thankful for.  I hope to buy a bottle of this stuff (and/or hope that I find it next to the family Chanukiah (Chanukah menorah) this winter.  Fingers crossed!!

Thanks to Andy Weir for the sample!