…courtesy of the Universal Whisky Experience, that is.

The folks from the UWE (or Nth show) gave me a special discount code for the JSMWS members and readers of the Jewish Single Malt Whisky Society whisky blog to come to the Nth 2012 Show.

Make sure that, when purchasing the tickets (you can use this link to get to the ticket desk) that you specify this discount code:

So, what is this show all about?  The Universal Whisky Experience Show is perhaps the only whisky show dedicated to featuring Ultra-Premium whiskies.

To give you an idea, here’s an incomplete list of what they’ll be pouring during their “Super Pour” this coming March:

As you can imagine, premium pours such as these will command a premium price.  But, if you have the ching and this is your thing, you’re going to have a absolute blast!

Check out the poster below for the upcoming event.  If you click on the poster, it will bring you to the Ultimate Whisky Experience show site.  Have fun! 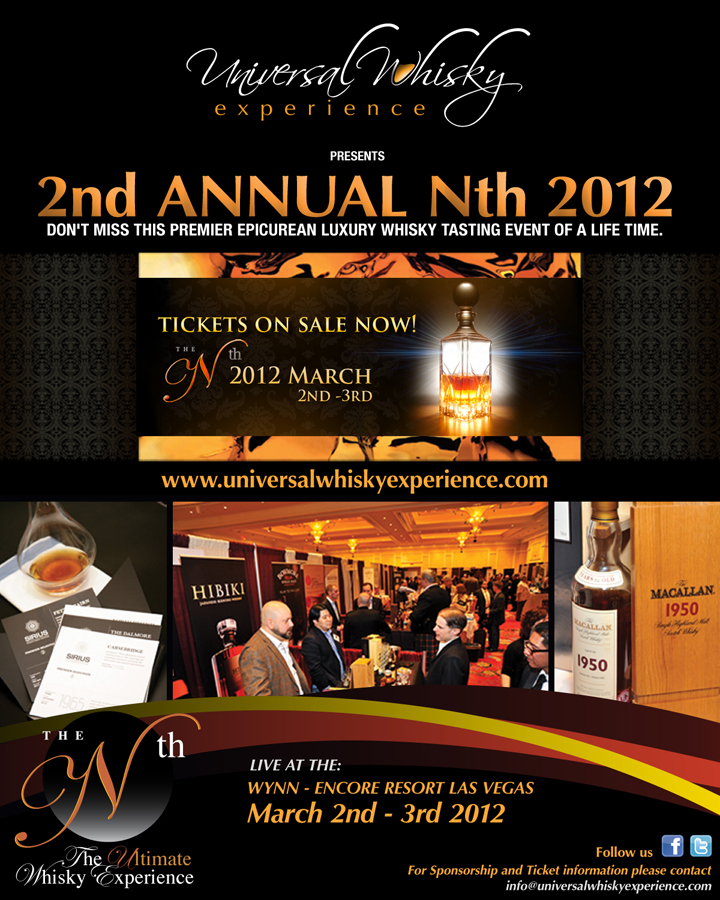