Following Kilchoman’s success story as the months and years go on is a very fun ride for a whisky geek like me.  And really, they go from success to success with a seeming ease

Kilchoman is Islay’s youngest distillery (as many of you know) and the tiny island’s first new distillery in over 124 years.  If that’s not pressure on this small farm distillery, I don’t know what is.

Thankfully, Kilchoman has a great team on their hands as was evident when I visited them back in March of this year.  You can read about my visit with Kilchoman here on the Jewish Whisky Company/Single Cask Nation blog – the post penned by Seth Klaskin.

So here we are today, again following the Kilchoman story line from start up and now getting ever closer to that 10 year mark. (They opened in 2005 so they’ll turn 7 years old in 2012.)  And for today we have their 5yo sherry cask release, bottled at 46%ABV.

On the nose — Peat smoke upfront however, it’s somewhat abbreviated and what follows is a good deal of black licorice (salted licorice at that).

More medicinal than expected given Kilchoman’s usual sweet peat profile and the fact that this whisky is from sherry casks. 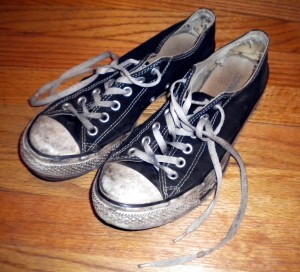 A very promising nose.  The black licorice-like quality is quite nice.

On the mouth — Window putty and fresh caulking.  Somewhat artificial/industrial in flavor.

Slightly sweet yet very drying/tannic from the start.

A touch hot given the strength – it tastes closer to 50-55%ABV or more.

Finish — Long finish, the window putty and caulking notes last for a while as does the unripened banana element.

In sum —  This is the first time I’ve tried a 100% sherried Kilchoman.  Comparing this to the others I’ve tried,  I think I more prefer the 1st fill bourbon matured ones or the releases that were a mix of ex-bourbon and sherry (E.G.  the Kilchoman Machir Bay which is just lovely).    I was not really able to connect with this one as I would have hoped.  However, a lot of people out there will enjoy this one for sure. (In fact they already have, seeing as this has completely sold out in the UK and EU where most of the bottles have gone.)  It does show promise for future.  I look forward to trying more sherried Kilchoman.

Special thanks to the good folks at ImpEx for the sample! 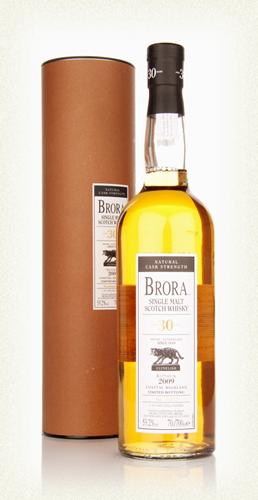 Highlands region (Brora is now mothballed, used as a visitors center for Clynelish) – 53.2%ABV – £245 – not available in the US – Master of Malt has it here.

Brora has quite a history and is a malt that is very sought after.  Serge Valentin (of Whiskyfun! fame), a true Brora devotee, wrote a great piece on the history of Brora here on Connosr.

Connosr, by the way, is a wonderful and vibrant whisky community.  If you’re not a part of it yet, sign up here.

It was based on Serge’s passionate recommendation that I looked further into Brora.  Thank you Serge!

Thanks to Master of Malt, I was able to choose this as a whisky blogger’s freebee from their Drinks by the Dram selection as long as I posted on it.  Thank you Master of Malt!

Ok, enough of the plugs, let’s get to work…

On the nose — Light and soft, yet upfront with notes of peat smoke and a good deal of smoked salt.

The peat is ever present here and there’s a peppery prickliness to this.

Even under these peaty & medicine notes I can detect some fruits – banana (peel) & peach skins.

A good deal of vanilla that somehow went undetected until about a minute into nosing this.

Apples – fresh ones at that – and etrog (like a lemon, less intense yet much more fragrant).

The herby/grassy quality I got on the nose carries through here. 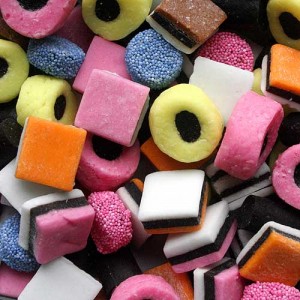 Less smoky on the palate as compared to the nose.

Did I mention this is delicious?

Some dried fruits in there, mostly fig.

In sum — My first Brora and, I’m in love.  The style of this whisky is quite unique.  I love the older, more elegant peat in this.  This is black tie whisky.  I’d love to pair this stuff with some nice chocolates.  A treat, through & through!

As you know, dear readers, I recently began giving out free whisky samples to those who try to figure out the “Mystery Dram” of the week.  If you’re not familiar, an example of the mystery dram series (and how to win your own mystery dram by participating) can be found here in this post as well as many more mystery dram posts.

Well, our first winner has received his mystery whisky and was kind enough to send me his notes.  Reading his notes, I was surprised and pleased to find that A) dude can write, but well!, and B) his notes were dead on.  So, I asked if he wouldn’t mind me posting his notes so you, the reader, can try to guess what mystery whisky I sent him.  Quick hint: It’s Scotch whisky!

Take it away Matthew and, thanks for your readership, participation and great notes:

Ok, maybe it’s a little late, I’m a little sleepy, but I can’t resist doing this tonight. My mystery dram arrived today and a little while ago I popped the top, just to take a little whiff. Oh, and what a whiff I whiffed. Oily smoke from a beachfront campfire, brined Spanish olives, fig cake…

So, into the glass. I’m afraid I don’t own a Glencairn (what an amateur!), so I will be tasting in a Riedel Sommelier Series Single Malt glass.

First, the visuals – lovely straw color, legs like a good Sauternes. Reminds me a lot of 1989 Caol Ila, an impression perhaps influenced by that first whiff.

The new whiff – the smoke is still there, but the first impression is medicinal, more briny, like sea-salt flavored Korean roasted kim (seeweed). A few more minutes, and a touch of manzanilla sherry enters in, along with a little oaky vanilla. I’ll risk sounding cliched here and say this is getting interesting.

On the mouth – good lord, Joshua, what have you sent me? This is everything I like in a whisky! Firm peat, not overwhelming. A hint of Fisherman’s Friend. Blackstrap molasses (or should I say treacle), minerally edges. Just enough alcohol to really carry the flavors to the palate. Nice, coating mouthfeel without being too cloying.

The finish – the minerals (Himalayan sea salt, a touch of CaCl) linger, slowly being replaced by a warm, oily smoke flavor that seems to have crawled up into my sinuses and taken up residence. This is lasting several minutes….

I am going to ante up here and give a free mystery dram whisky sample but, for this post, I’m going to change the rules a bit.  In the past, you were in the running for posting a guess (you didn’t have to be right, you just had to participate).  To win a mystery dram (a small 5cl sized sample of whisky) you need to guess the whisky expression.  Or, at the very least, guess the distillery right.

Have fun and may the best guesser win! (guesses can be posted as comments on this post).  The answer will be posted one week from today on Friday, July 23rd 2010.