We in the United States of America are deprived.  Deprived and sheltered I tells ya!  When it comes to whisky, Japanese whisky that is, we in the US don’t have much to choose from.  Please do not misunderstand – I’m not discounting the Japanese whiskies we do have.  The Yamazaki 12yr and 18yr whiskies are fantastic.  So is the Hibiki 12yr blended whisky (to be reviewed soon).  We do not have, however, any Nikka whiskies like the cask strength beauty “Nikka Whisky from the Barrel” or any of their Yoichi whiskies like their vintage and younger single cask series, 10yr, 12yr, 15yr, 20yr, etc…

On top of this (and many, many other great ones out there), we do not have local access to any Karuizawa.  A crying shame.

These 1977 single cask Karuizawa bottles sold out from Master of Malt in about a day (update — these bottles sold out in 17 minutes!).  At £150 each, that’s impressive (if’n you ask me).  I had to get a sample – a mere taste of this stuff to see what I was missing.

Thankfully, the good folks at Master of Malt were kind enough to gift me a sample (todah rabah, gracias, danke, you rock).

Beyond the tasting notes I’ve read (I usually try not to read other people’s tasting notes prior to a review of a gifted sample as I do not want to be influenced in any way), I was intrigued by how the color of this whisky was described.  The folks at Master of Malt say “the whisky is tinged slightly green in colour, a product of the cask maturation.”  Let’s see if they’re right…

Color — Deep gold – no, green.  No… gold.  Perhaps the color of oloroso sherry but with a tricked-out iridescence to it.  Very cool.

Getting past this now…

Sort of a meaty quality to it.

Deeply sweet and savory at the same time.

On the mouth – Not as hot as the nose but there’s a big sumo pepper fight going on in my mouth.

Light and bright in both flavor and feel then, a savoriness kicks in…

After the second sip, the mouth feel changes completely – this is some big league chewy stuff.

Unlit cigars with a side of Godiva chocolates containing ooey cherry and raspberry filling.

Finish – It’s all on bitter cherries and walnuts.

In sum – This is a G-d damn powerhouse of a whisky!  I’d say I only scratched the surface of its complexity.  Flavor-wise the balance was impeccable; everything worked.  It was so dead on with the palate but the nose was a bit hot for me.  While I wanted to add water to calm the nose down, I was a bit nervous to adversely affect the flavors & mouthfeel so I just manned up and dealt with the heat on the nose.  This is a contemplative dram, there’s no doubt about it. 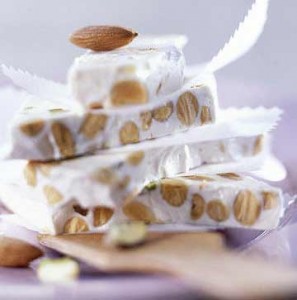