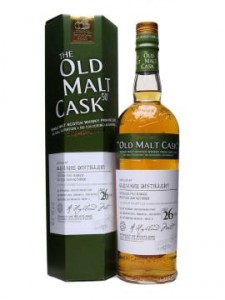 Highland Region – Sadly, I do not know the specific cask number on this one.  However, I can tell you that this is a from a refill ex-bourbon cask – 50%ABV – £175 for cask # 4703 from The Whisky Exchange.  Update — as of 2 hours after posting this review, this bottling (cask #4703 for £175) is now sold out from The Whisky Exchange!  Joyal’s in Rhode Island has some (cask not specified) for $154 – scroll toward the bottom of the page for the listing.

Glenugie is one of those lesser known distilleries.  It was closed in 1983 (like so many other distilleries) so finding Glenugie whisky is… hard.  Here’s a quick histories lesson on Glenugie from my friends at Master of Malt:

“The site of the Glenugie distillery is just south of Peterhead, not far from the River Ugie’s convergence with the sea at Scotland’s East Coast. The distillery was built in 1831 by Donald McLeod and Co on the site of a disused windmill. In 1837, a brewery was established at the site and in 1875 the distillery passed through the hands of Highland Distillers Co Ltd who renovated it and subsequently shut down the brewery. Glenugie opened and closed several times, remaining shut for the majority of the First World War. Glenugie was acquired and reopened by Seagar Evans and Co Ltd in 1937, prior to this time it had had a long stint of silence. In 1956, Schenley Industries acquired Seagar Evans and Co and the distillery went through renovations, including the installation of a further two stills and coal power was replaced by an oil burner. In 1971, Seagar Evans was renamed Long John International and four years later the company was sold to Whitbread and Co. The Scotch whisky industry was going through a relative downturn and Glenugie was, sadly, one of many injured parties, closing, as it did, in 1983. Today the site is used by Score Group Plc and engineering company. Official bottlings are, naturally, lacking, but there have been some independent releases of Glenugie single malt whisky.”

There.  Now you are smarter than you were a minute ago.  You can thank me later (you should thank Master of Malt too). 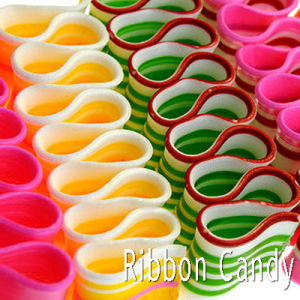 On the nose –  Sweet ribbon candies, flinty and a touch of salt.

Say what?  Yup, that’s a crazy mix-em-up but, it works nicely!

Grassy notes with a side of peaches in soaked pinot grigio.

After smelling those wine/peach notes, it’s all I can concentrate on.

On the mouth – White wine all the way.

A slight breadiness to it.

Mostly though, like a high octane fruity sweet white wine.

Finish – Like a mouth full of Pop Rocks – my mouth is fizzing and popping.  I better not drink any Coke here (another reason not to mix whisky with soda!!!)

Special thanks goes out to Aron Silverman for the sample! 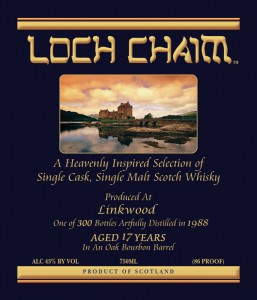 Here we go again, delving a bit further into the not so wide world of kosher certified Scotch whiskies.

“What would make a whisky not kosher?” you ask.  To make a long story short, whisky matured in a non-kosher wine or sherry cask, to some Jews, renders said whisky non-kosher.  To some Jews, myself included, this is not a relevant statement.

To make a short story long, read this well written piece by Alan L that I’ve been meaning to post for some time now…part 1 and part 2.

You know, I don’t think I’ve met a Linkwood I didn’t like.  So, what about one with no sherry influence?  Let’s see… 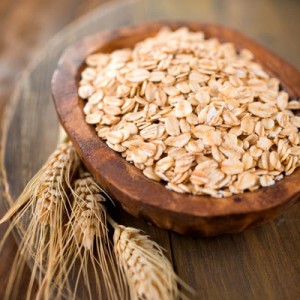 On the nose – Oak and oats.

A bit of a vanilla bomb here.

Like Smartees with less of a fruity influence, more sugar than anything.

Finish – Short to medium yet nice and warming.

In sum – Yup, it’s true, I haven’t met a Linkwood I haven’t liked and this one is no exception.  A nice whisky for Jew and Gentile alike.  Perfect for a chilly night in lieu of a sherried whisky.

About 3 weeks ago I posted a review of the Master of Malt Tomatin 19yr Single Cask, Cask Strength whisky.  In that post I told you about a new program I have with the good folks at Master of Malt whereas you can get free whisky samples just by ordering whisky from MoM and using “JSMWS sample” in the delivery instructions in their online shopping cart.

I’ve provided a link after the review for more details on that program.

Truth be told, I am new to Tomatin.  The only expressions I’ve ever had are the Master of Malt ones but if these are any indication as to the quality of their whiskies well, they have a new devotee.

On the nose – Same familiar nose as their Cask Strength version I reviewed a few weeks back.  It’s actually giving me some sting that I was not expecting.  Not with 40% ABV. 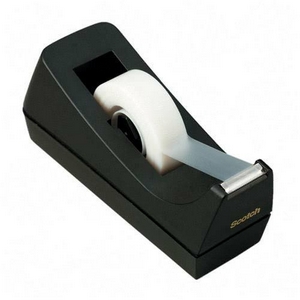 Sweet & malty, an absolute tease of smoke and a good amount of oak.

On the mouth – Oily entry with a clean flow of honey and malt a touch of cardboard and candied lemon rinds (immensely and increasingly sweet).

Finish – Drying and long with the lemons demanding their presence be know.

In sum – Another triumph for Master of Malt.  A seriously enjoyable malt for those who wish to discover as well as for those just wishing to relax and enjoy the rest of their day (as well as be rewarded for satisfying workday). 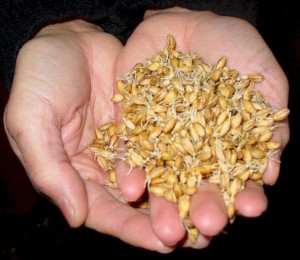 Click here to find out how you can claim you free whisky (and details regarding my relationship with Master of Malt).